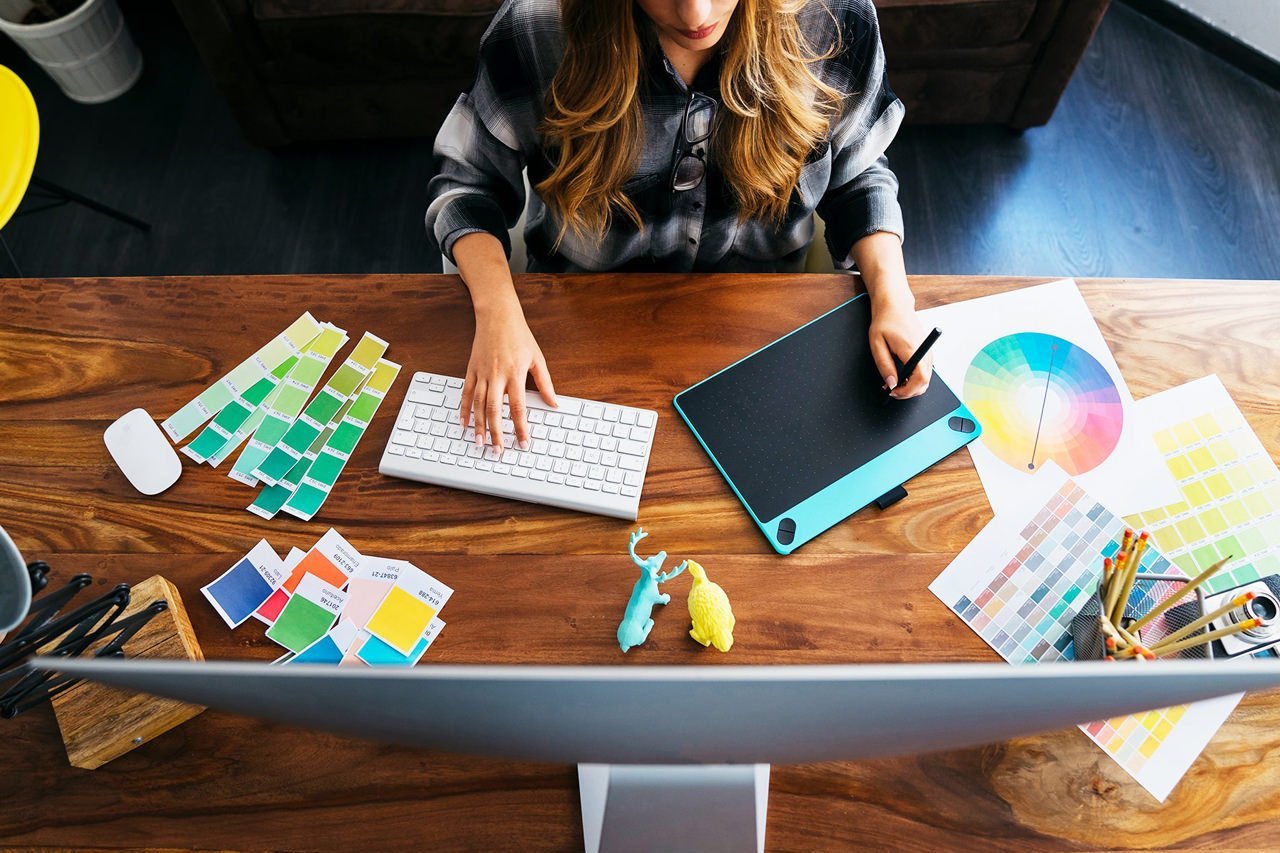 If you’re someone who has a background (or even an interest) in graphic design or digital design, some of tech’s key job perks probably speak directly to you. Flexible scheduling, the opportunity to work from home or remotely anywhere in the world, starting salaries that will let you say goodbye to Cup Noodles once and for all—I bet you’re wondering where to sign up, right?

So where’s the catch? For most people, it’s in the perception that tech is all about computer programming (not necessarily a field that jumps off the page for designers). However, design is actually a HUGE part of tech! To help our creative friends understand just how right a tech career can be for them, we’ve put together this guide defining three major design fields (Graphic Design, UI Design, and Visual/Web Design) and detailing how each one pertains to tech.

What Does a Graphic Designer Do?

What does a visual designer do?

First Up, The Difference Between a Web Designer and Visual Designer

Visual designers are the problem solvers of the design world. Rather than just bringing brands to life, they play a key role in defining what goes into a brand’s unique style and voice. In addition to creating beautiful designs, they know how to explain design concepts and the decisions behind their work.

We are a Brand Agency focused on Vision, Product and People. We are also known as SetCode Multimedia Solutions.

A Brand Agency focused on
Vision, Product and People.